According to ancient legend, Tea first made its appearance to the great Emperor and herbalist Shen Nong of China who accidentally discovered the tea bush when walking through the vast gardens of his empire over 5000 years ago. The golden brew slowly and surely made its way all across the world, infusing itself to the very culture and fabric of human civilization.

Centuries later, it was pioneering Scottish planter James Taylor who changed the course of history once again by bringing it to the Pearl of the Indian Ocean – Ceylon or Sri Lanka as it is now called, in 1867. It is in Ceylon that tea took a revolutionary turn and brought tea into the world's spotlight. This revolution began with the country's first tea garden – Loolecondera.

Today, Ceylon Tea is prized world over for its high quality and plantation fresh taste, but moreover for its inimitable and beautiful diversity. For a small tropical island located in the Indian Ocean, Sri Lanka boasts of a vivid, contoured landscape that changes dramatically from its cold central highlands to its scenic blue coasts. The country's unique agro-climatic conditions contributes to tea with distinctive personalities – flavour, colour, strength, and aroma- which depend on the altitude and weather conditions as well as the district on which it is grown. In Sri Lanka, no two teas are alike.

Our lush green tea gardens sprawl across these diverse terroirs, where the top most two leaves and bud are carefully handpicked by dedicated pluckers and naturally processed to traditional recipes practiced and perfected by experienced tea masters over generations.

In present day, Sri Lanka is a leading producer and exporter of tea to the world. The Colombo Tea Auction is the single largest tea auction in the world, selling over 6.5 million kilograms of tea each week. It is also proud to claim that as per the recent findings of the FDA (Food & Drug Authority) Ceylon Tea has been certified the cleanest tea in the world. Ceylon Tea can be identified by the trademarked Lion Logo on each pack, which ensures 100% pure Ceylon Tea packed in Sri Lanka.

Ceylon Tea is generally divided into various 'grades'. These grade names are an indication of size or appearance of manufactured leaf and not of its quality. These are but a few of the main tea grades popular among discerning tea drinkers.

The largest whole leaf wiry tea that makes a delicate brew that varies in taste, according to the elevation on which it was grown.

A well twisted leaf, generally from the low country region.

A whole leaf, well twisted tea that makes a delicate brew that varies in taste according to the district on which it is grown.

A well twisted semi-leaf tea generally from the low country, producing a cup with a mild malty taste.

A high-quality pekoe, which is usually coarser with a fleshier, broken leaf.

A curly style leaf giving a light cup with a delicious taste.

A popular leaf size with a great balance of taste and strength. This well-made, neat leaf is of medium size.

The most popular black tea among the masses, BOPF is a smaller particle than BOP, which is popular in the higher elevations. BOPF Tastes stronger than BOP whilst retaining all the other characteristics.

The smallest of tea particles left after sifting, which is often used in tea bags to produce a quick infusion and a brew that is strong and robust.

The smallest of tea particles, even smaller than fanning’s leaves

The smallest of particles smaller than PF1 leaves

Golden Tips is a rare handmade tea made of only pure tea buds. Dried naturally, this brew lingers in sweetness due to hints of honey and pine, with light amber-hued liquor high in antioxidants. Its pure and light taste is pleasing on the palate.

This rare specialty tea is selectively hand-picked and sundried during a short period each year from a special variant of the Camellia sinensis plant. These aromatic buds produce a delicately golden-tinged cup with a delicious liquor.

High quality gunpowder tea will have small, tightly rolled pellets that unfurl in the cup when brewed.

Young Hyson is similar to Orange Pekoe tea in its looks but its colour is green.

The best known of Sri Lanka’s tea-growing districts, Nuwara Eliya is rugged and mountainous with its highest average elevation at 1,868m (6,128ft). The air cool and bracing, these winds are scented with eucalyptus and wild mint. With moderate rainfall during the dry season, the region's cold and frosty nights make for its unique climate and terrain ensures a tea recognized by connoisseurs as among the finest – if not the finest – in the world.

Nuwara Eliya enjoys two quality seasons the eastern and western. The balance between the two varies from estate to estate where a short drive from one to another can see a complete change of weather. The tea has a rarefied and refined quality that easily sets it apart from low-growns. High altitude and year-round low temperatures produce a very slow- growing bush with unusually small leaves that take on an orange hue – only a hint against the blackness – after withering. The infused leaf is greenish-yellow and the infusion in the cup is the palest with a subtle golden hue and a delicate yet fragrant bouquet. The most sought after whole-leaf orange pekoe (OP), and the slightly less costly yet still expensive broken orange pekoe (BOP) make up Nuwara Eliya teas which are stronger and less subtle.

Uda Pussellawa is a region set on the eastern slopes of the hill country, at a lower elevation of 1,600m (3,000 – 5,000ft). Though small and thinly-populated, it is almost entirely dedicated to tea cultivation. Due to its location, Uda Pussellawa enjoys climatic conditions very different from those of the western regions. Receiving the bulk of its weather from the northeast monsoon, the climate here mostly wet and misty, while it also enjoys some ’blow-over’ from the southwest monsoon with two quality seasons. The tea produced in the region is darker in the cup, with a pinkish hue and a hint of strength. The dry, cold conditions during the latter period of the year, adds a hint of rose to the bouquet of tea known for its medium body and subtle character. 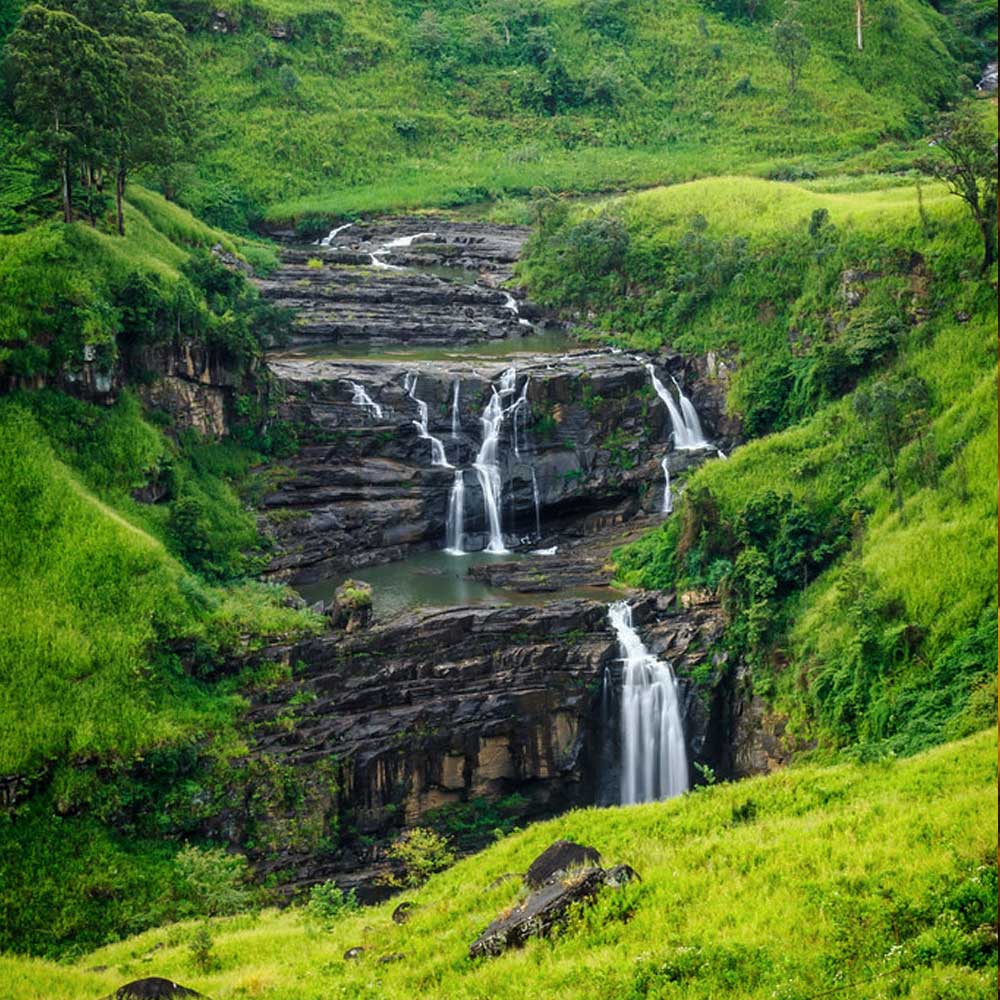 Between the two high plateau of Nuwara Eliya and Horton Plains lies the tea-growing district of Dimbula, the name derived from the valley which lies at the heart of the region. It is also part of the true Mayarata, or land of illusions, attributed to being the haunt of demons and evil spirits where few ventured to. With an elevation of only 1,250m (400ft), it is still specified as high grown’. The teas of the district are found to produce a distinctive flavor, prized by tea-lovers to this day. Dimbula yields the best teas during the quality season of March to early April when the air is cool and crisp by day and cold and windy at night. The character of Dimbula teas is a fine golden-orange hue in the cup with a distinctive freshness that leaves a clean feeling in the mouth.

The scenic, culturally-rich district, tea grown in the Kandyan region is described as ‘mid-grown’, at an altitude between 650m and 1,300m (2,000 - 4,000ft) above sea level. The chilly weather conditions here, which are mainly influenced by the southwest monsoons, produces tea stronger and deeper-coloured than the rest of the region. Kandyan brews are thought to be deeply flavorsome, with its strength reducing as the elevation rises. The tea grown at lower elevation produce a larger leaf resulting in a stronger flavor, and those higher up grow a smaller leaf with a more subtle and delicate flavor. Kandy produces teas with a bright infusion and a beautiful coppery tone. 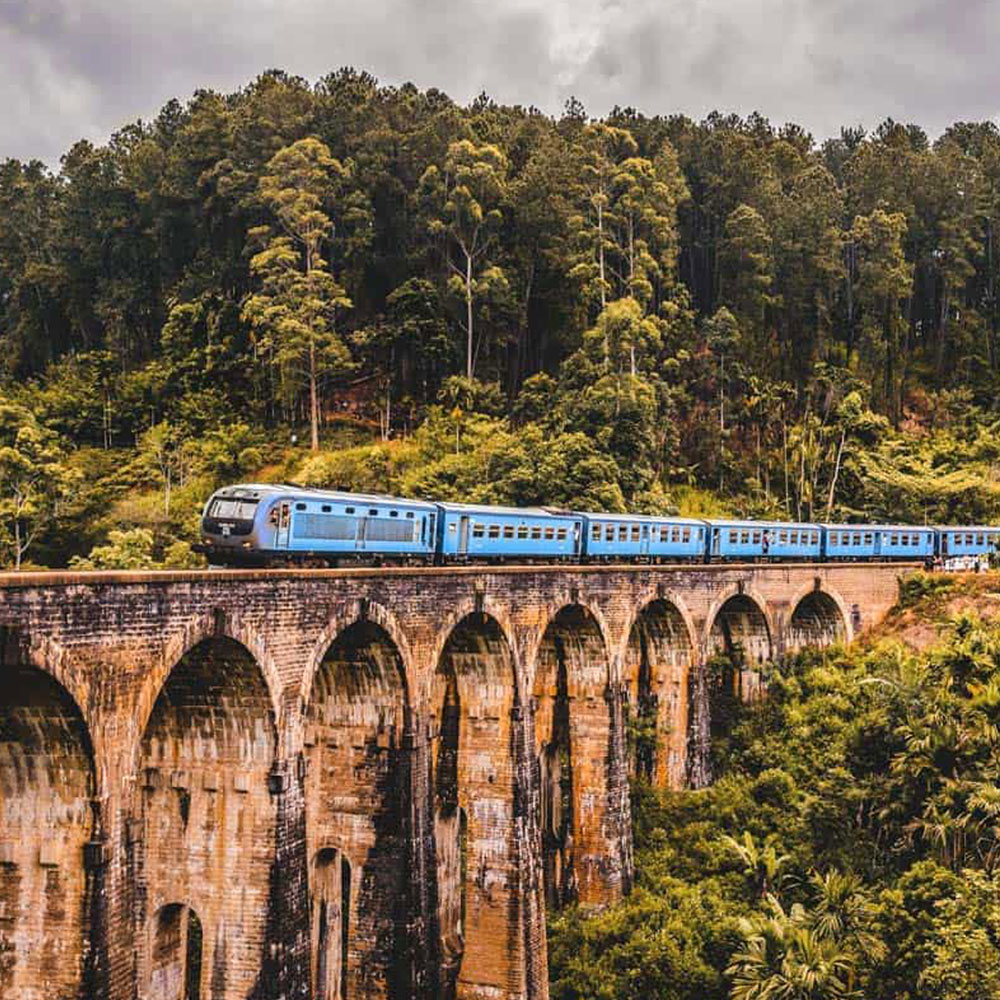 Uva is Sri Lanka’s most remote province, with access to its provincial capital Badulla lying over steep winding mountainous routes. The hills and winds of Uva impart a special unmistakable character and flavor to the tea that grows there, one that is highly-prized by trader and connoisseur alike.

The uniqueness of Uva tea is recognized all over the world and it was with this tea that the great Victorian magnate Sir Thomas Lipton persuaded Americans to take up tea drinking. Experts credit this unique character to the Uva climate which is exposed to both northeast and southwest monsoon system winds. Estates in the Uva region, mainly in the Idalgashinna area, also produce a substantial amount of green tea from Assamese stock.

Sri Lanka’s biggest tea-growing region has increased in importance since the expansion of markets for Ceylon tea to the Middle East and the former Soviet Union. The teas are mainly low-grown with elevation ranging from sea level to around 800m (2,500ft). The Sabaragamuwa tea-growing district covers most of the western and southwestern faces of the central mountains of Sri Lanka. The here tea shows a little more variation in character compared with the other low-grown tea of Ruhuna. It is a dark yellow-brown with a reddish tint in the dry season. Its aroma is noticeably different from Ruhuna with a hint of sweet caramel and not quite as strong, due to its reduced exposure to the monsoon. 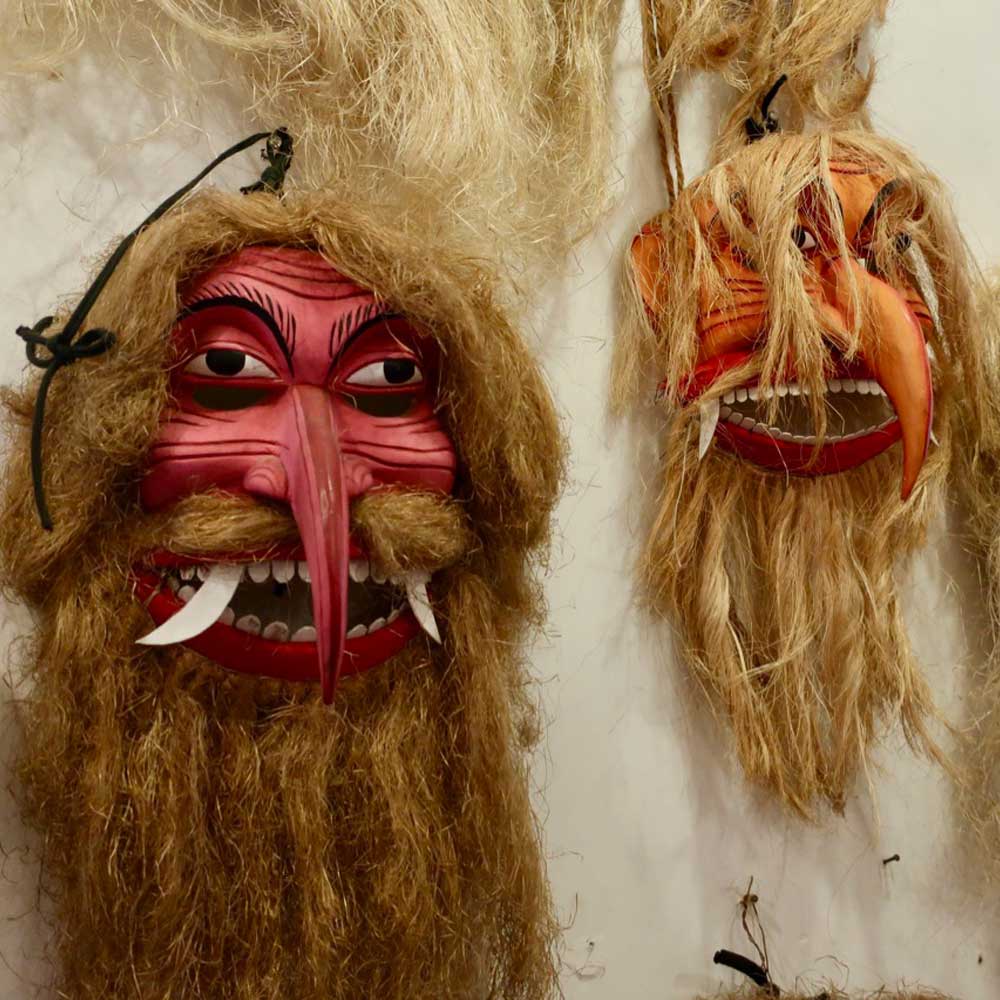 The Ruhuna tea-growing district lies in the Southern Province of Sri Lanka. The terrain of coastal plain with low hills towards the interior lies mostly in the western part of the province, within the wet zone watered by the southwest monsoon.